First off: my church starts at 1:30 this semester. Kill. Me. Now. Today was a hard day to fast.

Secondly: mom, I found a website where we could buy some "press button, receive bacon" stuff. We should look into it.

Thirdly: It's not a new boy I was talking about. It's an old one. A guy friend of mine that I went on a few dates with. Well we started chatting it up again, but he's off track and back in CA. I figure the only reason he keeps popping into my head is because I'm starting to fill out my mission application this semester.

I've noticed people getting very offended over small things lately. It makes me quite sad. So many people leaving the gospel because things just don't go their way. Well, sorry. My life never goes the way I plan it, and I'm still in the church.

Maybe that's a little harsh. I think I needed to vent that feeling though.

I guess what I'm really trying to say is that I'm tired and overstuffed and should really head off to bed. Hm. Maybe I will.

Here's a little prezzie for you all! For the man who looks good in a tree piece suit...

This post actually has nothing to do with said man, but he's been on my mind, so it's dedicated to him.

Ah. Life. It's been kind of hectic lately with homework, a job, and trying to socialize even a little bit. Thanks to e-mails and cell phones I'm still talking to some friends, so that's nice. However, while reading Dustin's HILARIOUS "365 stupidest things ever said" calandar, I thought of a cheery little post I could write. The following are little things that cheer me up when I'm down or too busy to laugh. Enjoy!

"I feel my best when I'm happy."
--Winona Rider

Tech Guy: How fast does your modem go?
Customer: It's not going anywhere, it's just sitting here!
--actual call to customer service

And here are some of my favorite signs: 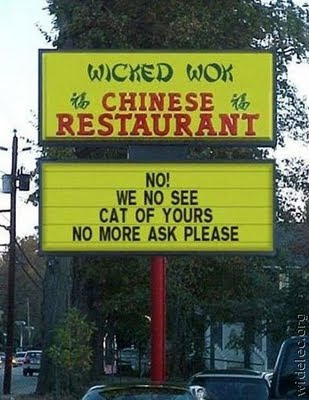 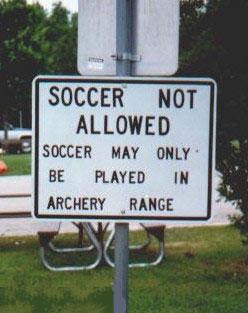 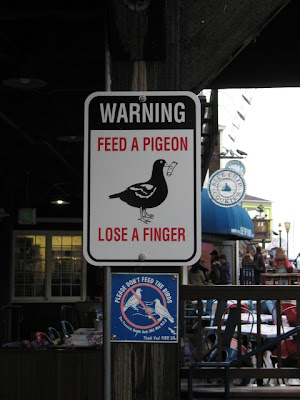 Because I already took the class...

I have been feeling somewhat guilty about my lack of blogging lately. Just been busy doing nothing, I guess. But I do have some funny things to share.

First off: School. I had a bit of a situation with a grade this summer. I checked my transcripts and saw that one of my grades was a D-.

I knew I had gotten a C, and I worked my big fat behind off for that C. I cried a lot, called around, e-mailed everyone I could, and then... waited. Of course, my teacher was on summer break like the rest of us, but I wanted him to get back to me fast!!
Three weeks pass before I hear anything. Four weeks, and I finally get a response. My teacher grades my missing assignment (which went missing because of the computer system, not me), and submits my grade. I check my transcript the week before this semester starts and there it was, for all to see. My hard earned C. SCORE!

SO, what this means is I can graduate this December. YESSSSS!!!!!!

We met my new FHE brothers. I can sum the experience up in one word: Ridiculous. Four of them are RM's with bad attitudes, and two are the uberest superest youngest pre-premies I've ever met. Honest. And one is what I like to call "Mentally Disturbed." But, perhaps he's actually brilliant. Here's an example of his brilliance, as I am not in the mood to complain thoroughly about him right now. Okay, so example:
One of the boys was talking about how he is a physics major. My roommate asked "What are you going to do with that?" and he responds "I'd like to be a research scientist." Mentally Disturbed jumps in, as is his trademark I've noticed, and says "What, like curing cancer??"
Okay, so I don't know about you, but there really isn't a huge connection in my mind between physics and curing cancer. Tori didn't get it either, and her response was, "Well, I think you'd find a cure for gravity in physics." I told my mom the story, giggling the whole time, and she burst my bubble. What she said can be summed down to:

"What do you think Chemo-therapy is? It's physics!"

Well now I feel like a bit of a jerk.

I'm off to my class right now, so I'll hopefully update more later!!!